Dealing with Humordoomers Over the Holidays

Bah Humbug!  Chances are you will encounter a few scrooges over the holidays.  After years of trying to understand the negative responses that some people have to  joyful events and to positive people: I found myself calling these folks, “humordoomers”.   A humordoomer is a person who consistently uses negative humor to control and manipulate others. Humorphobia (a fear of positivity and humor) breeds humordoomers, skilled crafters who use subtle techniques to suppress humor in others.

Humordoomers are usually unhappy individuals stressed by the dual demands of accountability and limited time constraints.  They are pessimistic leeches that can suck the energy right out of you. Grown in a petri dish of fear and anger, these folks are threatened by positivity and enthusiasm. They often use humor to manipulate others and to maintain a level of control of their world. Their negative humor reflects their unhappy immersion in the confining straits of their own wretched world. Often their techniques are so woven into the fabric of a culture that not only are they unaware of their own negative impact, their unsuspecting prey (you and me) are oblivious as well.

Humordoomers are especially frustrated at this time of year when there is “joy in the air”.   The holidays make these miserable folks even more aware of their own unhappy existence.

Humordoomers are difficult to deal with.  It is important to realize that many people find the holidays stressful. One tactic that you can use to deal with their behavior is to squash the negativity with kindness and understanding. Sometimes these folks need someone to listen to them and empathize with them.  You will need to accept the fact that these folks may be dealing with challenging mental health issues.  A note here---if you need to preserve your own energy, another survival technique is to avoid these scrooges altogether.

Your own holiday spirit mixed with some laughter and fun will often help those humordoomers move from Bah Humbug to Happy Holidays!

Dr. Dan Siegel- On How You Can Change Your Brain

Posted by Mary Kay Morrison at 6:30 AM 0 comments

Highlights From The 2014 AATH Conference

Posted by Mary Kay Morrison at 9:18 AM 0 comments


FCS Alumni Teaches the Benefits of Humor and Play
Mary Kay Morrison, M.A., alumni of what is now the Family and Child Studies (FCS) program in FCNS, is an educator on the neuroscience of humor, with over 30 years of experience as an educator. She has two published books, serves on the Board of Directors for the Association of Applied and Therapeutic Humor (AATH), directs the
international AATH Humor Academy graduate study and certificate program and is the founder and director of Humor Quest- her own company dedicated to bringing humor to classrooms and lives around the world.
Ms. Morrison first graduated from NIU in 1968 with a degree in Early Childhood Studies, now FCS, from the Department of Home Economics, now FCNS. She went
on to earn an Elementary Education Certification and
her M.A. in Adult Education, also from NIU. Afterward,
her career began as a kindergarten teacher but has since broadened and developed in a way she hadn’t expected. Her background in education is extensive and diverse. It includes educating adults at Kishwaukee College, facilitating gender equality programs through the Illinois State Board
of Education, and improving schools by implementing “No Child Left Behind” through the Regional Office of Education in Rockford, and much more. These experiences gave her first hand knowledge of what works best for facilitating learning. In particular, her time as an educator has taught her about the power of play and laughter.
Her interest in neuroscience and its connection to learning began with a curiosity about education for kids with special needs. She began by attending workshops on how the brain works and became educated in the new field of neuroscience. Her background in adult education, founded in counseling and psychology, and her experience working as an educator culminated with her new knowledge of the brain to set her on a path to bring humor into the lives of educators and laughter to their students.
She has been incredibly active as an educator on the neuroscience of humor. Her two books, “Using Humor
to Maximize Learning; Exploring Links between Positive Emotions and Education” and “Using Humor to Maximize Living” are being used as texts for the study of humor at several universities and are both available at NIU’s Founders Memorial Library. She also uses both as texts for the international AATH Humor Academy graduate study and
6
certificate program that she teaches as part of an intensive research-based conference, for graduate credit. “Students from all over the world attend this course and anyone can benefit from it,” she said as she described the course. She founded and directs the course through AATH, which is an organization for people from all walks of life that wish to study humor and its benefits. “The original Patch Adams was a part of this association,” she said, explaining the diverse composition of the association “we have neurohumorists
on the board as well as a former navy officer who teaches humor to wounded veterans and several doctors.” Ms. Morrison has volunteered as AATH conference chair from ’09-’11, is currently on the Board of Directors and is 2015 President-Elect.
Humor Quest, Ms. Morrison’s own professional outlet for educational services, offers unique workshops and handouts for “Using Humor to Maximize Living” and other uses for the study of humor. Ms. Morrison’s work has been published in Psychology Today and other journals and she has appeared on several television broadcasts. Her unique work in
this field is gaining attention as the field becomes more established. There have been recent discoveries about the benefits of laughter, including its ability to fight depression and it’s role in recovery processes. “Humor can be used in all aspects of life,” she says, “even in the grieving process- you know you are learning to heal when you can laugh about something.” Her studies have taught her that laughter releases pain, evokes strong emotion and puts information in long-term memory. She’s also a strong advocate for the evidence-based power of play, especially in early childhood education but essentially throughout the lifespan. “I believe play should be integrated and humor should be used in the assessment process as it can be linked to every aspect of the learning process,” she stated. Her strong belief in the power of play affects her own personal practices as well.
“I think you’re never too old to play,” she declared, as she then described how she incorporates play into her lifestyle by swinging at playgrounds, pogo-sticking and jumping on trampolines. The optimism and energy that comes from play and humor are what she advocates for and works to help people develop. She sees herself as a pioneer, fighting to keep smiles on people’s faces, especially at school because “education becomes more and more content driven but the process of getting through content needs to be through play and laughter.” Her successful career has aided people all over the world in improving their own humor practice.
By globally spreading the happy truth about the power of laughter, humor and play, Ms. Morrison has brought smiles to the faces of thousands and has put a proud smile on the face of NIU, her alma mater.
Posted by Mary Kay Morrison at 5:47 AM 0 comments 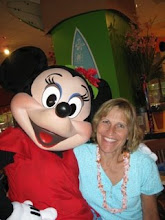